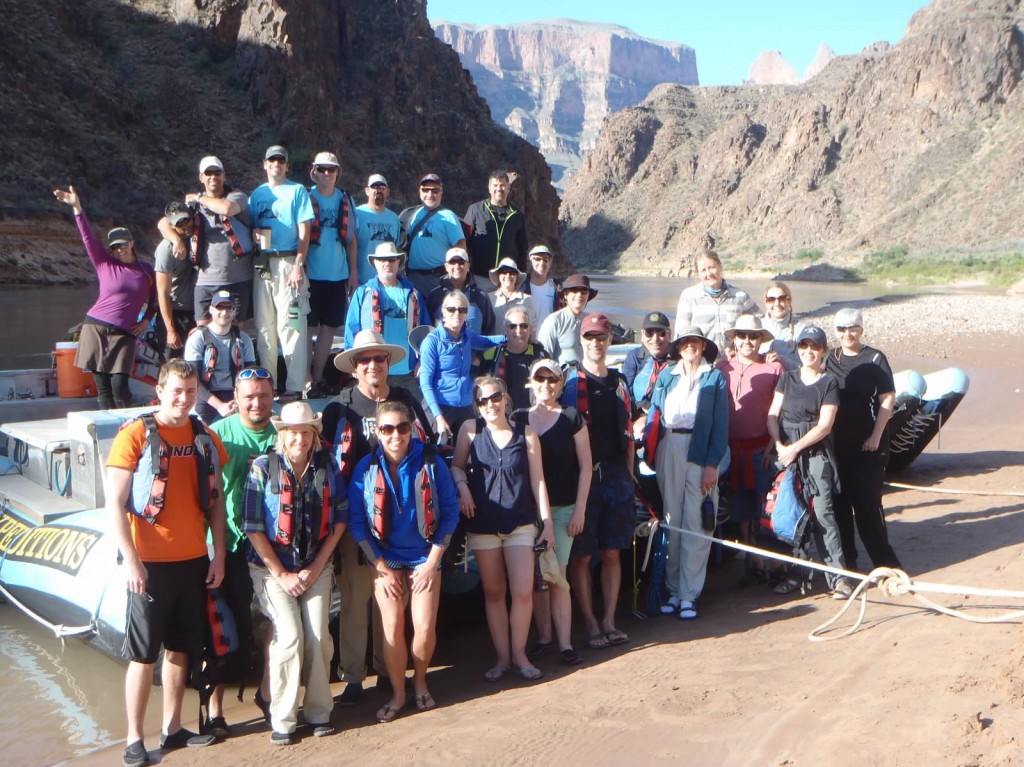 Well I never had a doubt what the destination would be if I was ever selected as the Honored Mate. I always wanted go down the Colorado River in the Grand Canyon. The crew was Jof Abshire, Robert Brough, Bob Ellenwood, Jeff Sedenko, Wyatt Wolfe, Joe Zuccolotto and of course me, Ian Mackenzie.

The trip became officially known as Grand Canyon/Colorado River*Las Vegas and Brough designed a killer logo to mark the trip. As we had not received a shirts on the last two trips I felt it was necessary to supply them this year, sporting the new logo.

The prayer was as follows:

Thy canyon be seen for all is glory and might

Give us great friendship and forgive he who hosted this evening

For thine is the river, the canyon and craps table

For ever and ever. Amen

We all met on Friday two days before the river trip in Las Vegas where Joe had got us a killer deal at the Aria. I knew we would need a day to recover from the honored mate ceremony so Friday was the night. Again, I never doubted who I would select as Honored Mate, it had to be Sedenko. We are both late arrivals to the TGT Crew and it was a natural choice.

Saturday was a day to recover from the previous night and I think we were all glad to have that day. (Some needed it more than others). When it came time to decide if we wanted to pack in beer we decided against it. I believe the decision was made due to the evening prior. This led to a pretty comical situation.  We joined others on this trip and I am sure when they took a look at the 7 of us they assumed we were a rowdy drinking group. I believe we were the only tea teetotalers of the group of two rafts.

Sunday we got up at 4:30am and started our river adventure. We traveled by taxi to the pick up spot where we boarded a bus to take us to the Boulder, Neveda airport. We then boarded a small plane and flew to Bar 10 Ranch. We boarded a helicopter flight and where taken into the canyon at Mile 188, Whitmore Wash. 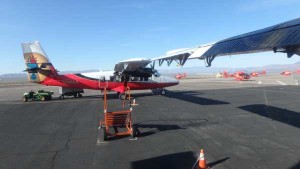 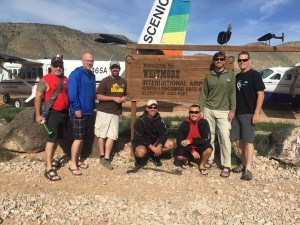 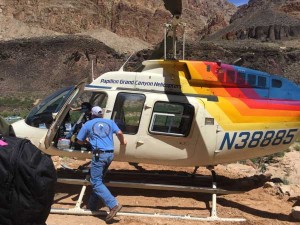 We spent three fun filled days and two nights on the river. The wind would pick up in the evenings just as it was time to set up the tents making it a challenge and would seemed to stop blowing as soon as we got the tents set up. The guides were excellent and the food was top notch. 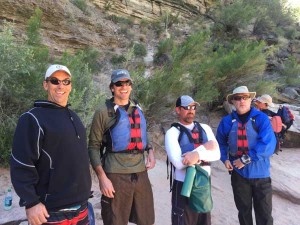 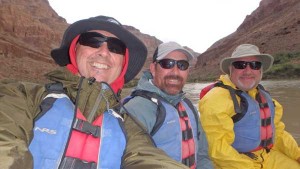 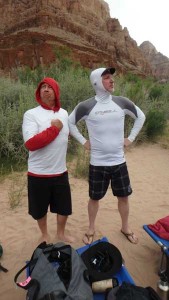 At the end of our trip we were taken from Pearce Ferry (Mile 277) to Lake Mead where we boarded a bus and headed back to Las Vegas.  Again, Joe had managed to come through for us and we checked back into the Aria for the last two nights.

The last evening we all went to the Hofbräuhaus House for dinner. It was about a 2 mile walk (although Brough indicated it just down the street). We had a feisty barmaid that provided entertainment at the expense of Ellenwood and Sedenko. Joe was some how able to persuade the limo service at the Hard Rock Cafe to give us a ride back to the Aria. 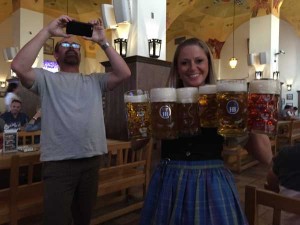 You can follow any responses to this entry through the RSS 2.0 Both comments and pings are currently closed.