Bend, OR Wrap Up

Well, another year is in our rear-view mirror. 2012/Bend, OR year was unique in many ways….  road trip/flights, illness, activities, the old and new crew, etc.

It all started with a road rally to Medford, OR and Epic Ink Tatoo shop where Mark Kidd (aka KRO) hosted a private “tat for charity” party for his old bros. Kro inked up Ellenwood, Olson and Ian. Awesome, artistic and professional work of course, and for a great cause ($650 to Camp Attitude)!

Then it was off to Bend…  when we arrived (some in ~36 minutes via twin engine, some 4 hours via GMC and Crater Lake). We settled into the pad, picking rooms and claiming bunk mates. The usual pairs; Olson/Ian, Jof/Wyatt, Rob/Sede, Bob/Joe. After settling in, the HM ceremony was at hand…  This year, Jof was named for the 2013 mate. 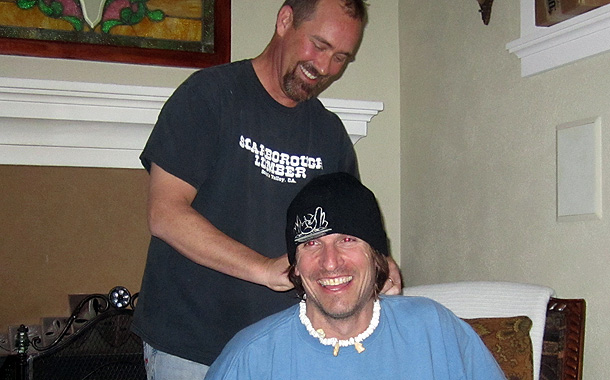 The next morning things went sideways…   Sede wasn’t feelin’ so hot, the rest of us struck off to Bachelor for a half day of skiing after the newly established breakfast ritual at Corey’s. Snow and mountain were solid, but the near white-out conditions beat us up pretty good, our old bones could only take ~4 hours or so…

When the group returned, the house was like a vampire lair, with heavy air and undead roaming about, all in all,  everyone got a serious flu with the exception of Joe, Wyatt and Rob.

The next couple of days were mixed with fly fishing for the healthy (101 class and actual guided trip), and mass exodus for the not so healthy. Olson, Sede, Ian and Joe (not sick) headed out, while Bob and Jof opted to duke it out at the house and not take the flu back home. Bob, Rob, Jof and Wyatt fished Fall Creek and the Crooked River with much success. Jof logged the largest whitefish and trout with beginner’s luck, and Brough claimed the most caught, to Wyatt’s chagrin.

Both the Crooked and Fall River were truly beautiful places, with meandering canyons, sparse anglers, gin-clear water and plenty of fish in the 8-14″ range. We had a completely awesome time. March is NOT the hot season, but we did well and can’t wait to return for a legit hatch.

Other misc. activities ensued, such as visiting many breweries (with Wyatt pulling the “big red” keg dry at Silver Moon Brewery), hanging out with Clint movies, catching up with the boys, and regrouping with Kro and his awesome wife Melinda. Let’s not forget the 10 hour trek home through beautiful Oregon and California.

Thanks for another great year boys… can’t wait for 2013…

Oh, and congrats to Bob for winning the 2012 trophy, I wonder if spreading the flu was part of his plan?? 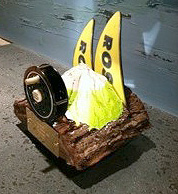